A Software Architecture Assignment involves designing or drawing any product or entity. Students enrolled in this course study software system design aimed at, but not limited to, designing from an architectural perspective. Architecture anchors are related to complex and complicated problems that can be altered once the system is designed. Assignments include basic aspects such as security and performance, and non-functional requirements, such as deployment hardware, costs, etc.A system's architecture is also referred to as its basic organization, which is embodied in its components, as well as in a number of principles that govern its design and evolution. A structure is a decomposition of a system into different modules or parts or subsystems, along with varied interfaces, component communication and dependencies, and respective responsibilities. An example is client-server, where the server provides clients with a range of services, such as requesting services and using them.…See More
Oct 15, 2022
0 Comments 0 Likes

pitterjons is now a member of Club Pax Stereo
Sep 15, 2022
Welcome Them!

redoy hossen is now a member of Club Pax Stereo
Sep 7, 2022
Welcome Them!

sfafsafsafasfas is now a member of Club Pax Stereo
Aug 30, 2022
Welcome Them!

<a href="materdeivsstjohnbosco.com">Mater Dei vs St. John… 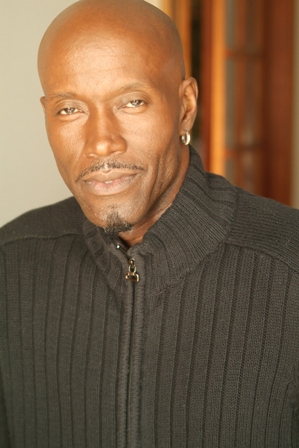 I could tell you he was online, live every week for the last three years. I could tell you he writes and produces “HOtt PiXX by Vic” and “Victor Allen's Nu New Sportz”, both recurring segments of the popular “Morning Coffee With Mario Show”. I could say he is self taught, and now considered a master of many mediums. But the most impressive thing to watch is how he works two video switchers, 6 cameras, 1 computer desktop and still has the extreme multitasking ability to co-host while live and on air. Real time. All at once. Impressive? Yes, very impressive! His cohost, Mario Hemsley agrees. "Victor brings the video producer and production room into the show. It's reality and transparent."

Juggling multiple tasks while taking it all to a new level it and making it look easy and is something Victor has become used to. Initially planning for a degree in marketing, Victor worked in management at the Greyhound Corporation, LA’s Black Business Association, and the California Manufacturing Technology Center (CMTC), often finding himself shoulder to shoulder with money makers and celebrities. Ultimately, to his surprise, he ended up on a career roller coaster ride. “I never thought that life would lead me to becoming a DJ, model, stage performer, and internet reality talk show host and producer. It has been a great ride.”

His partner, tech guru Mario Hemsley still marvels about what Victor has done on a system he created. “What he has done is no less than redefining a piece of equipment standard to video production. No one will ever work two video switchers while live as a host on the air. No one. I designed this system, but Vic has taken it to a new level. He is THE innovator of on air interactive switching techniques. There is no one better.”

Initially recognized for his distinctive deep voice, Victor has been part of the Pax Stereo team from the beginning. He provided early voice over services, coined the term "Pax Stereo" as a potential performing name for Mario Hemsley, and while untrained even manned the mixing board and camera at the 1993 video recording of the Hemsley Foster Project Live @ Nyala's. No one else was available, and true to form, he stepped up to the plate and delivered, establishing what was to be reputation for willing to take charge and innovate under pressure to perform.

Vic has had regular work as a model and performance artist. His other music and performance accomplishments include being an founding member of Children Of The Last Daze, and one half of the R&B studio production team Tezman Vic, whose CD release is currently available on Amazon.