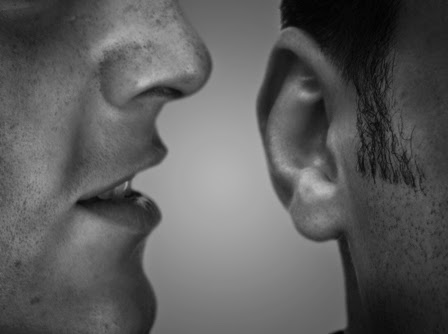 Rumors are that The Wrap-Up Magazine is not too big on rumors spreaded across the internet, but we do post them from time to time. Rumors, as narrative IEDs, are low-cost, low-tech communication weapons that can be used by anyone to disrupt the efforts of communication. Take a look at some of the rumors we have helped to spread across the world wide web.


Tennessee Brings Back The Electric Chair

Rumors are that Tennessee Gov. Bill Haslam has signed a bill into law allowing the state to electrocute death row inmates in the event prisons are unable to obtain lethal injection drugs. In a related report by The Inquisitr, the state of Utah is considering bringing back firing squad executions for their death penalty because it’s considerably cheaper than lethal injection and other methods. But some people also say it’s a better way to go. (CLICK HERE TO READ MORE)
Juelz Santana Signs To YMCMB

Rumors are that +Juelz Santana may have signed a deal with +Young Money. According to Power 105.1′s DJ Prostyle’s blog, Dipset’s Juelz Santana has signed to Cash Money. According to Prostyle, a reliable source from Vlad TV broke the news of the joint venture between Juelz and YMCMB. The Bandana Santana has had a good relationship with the Cash Money Empire. (CLICK HERE TO READ MORE)
Trey Songz Confesses To Being a Homosexual

Rumors are that R&B singer +Trey Songz did confess to being a homosexual. If so, then this is big for the gay community. He says he is not bisexual, but homosexual and one day will like to “Marry the man of his life”. rey Songz first admitted to being gay on Twitter when he tweeted from his official account, but later deleted to tweet. We believe coming out the closet is a very stressful choice for Songz as it is with most people. (CLICK HERE TO READ MORE)
Reason Drake And Rihanna Broke Up

Trending now is the new rumors of why +Drake Graham and +Rihanna broke up. A source told Hollywood Life that the “Stay” singer gave Drake an ultimatum to win her back. The couple split because Rihanna felt like the “Trophies” rapper was neglecting her; Drake reportedly thought Rihanna was being too “needy.” (CLICK HERE TO READ MORE)
Lil Boosie Laughs At Jay Z

Lil Boosie is back in the news, this time, rumors are that he was laughing at the Jay-z and Solange elevator fight. Boosie Boo took to twitter and said "Jay-z got 99 problems and solange every last one." How funny is that. (CLICK HERE TO READ MORE)
The Water Monster Spotted In Mexico

Rumors are that the once disappeared water monster that was named exstinct has been spotted in Mexico. exico's salamander-like axolotl apparently hasn't disappeared from its only known natural habitat in Mexico City's few remaining lakes. (CLICK HERE TO READ MORE)
Waldorf Astoria Opening In Beverly Hills

Rumors are that $1 Million dollars a month is spent on shopping by +Kim Kardashian. I guess Kim burns through money like no one else. She’s the rich version of living paycheck to paycheck. (CLICK HERE TO READ MORE)