Logan21 is now a member of Club Pax Stereo
2 hours ago
Welcome Them!

via Twitter
We are going LIVE! A Pax Stereo Tv LIVE Simulcast is being initiated. Stay tuned and WATCH @ https://t.co/CdP3B3rVDI

PARACETAMKL is now a member of Club Pax Stereo
Sunday
Welcome Them!

sanjana is now a member of Club Pax Stereo
Friday
Welcome Them!

zvzxvzxzxz is now a member of Club Pax Stereo
May 18
Welcome Them! 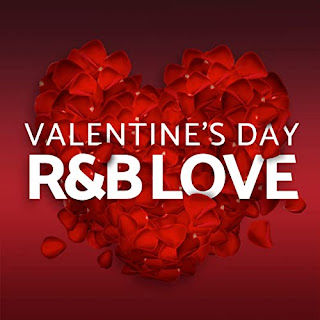 The story of St. Valentine has been told for centuries now, but nowhere in this historic tale does it justify whether the romantic holiday is meant for men, women or simply both. Valentine's Day is a day that is celebrated all over the world.

1 John 4:7-12. Dear friends: let us love one another, for love comes from God. Everyone who loves has been born of God and knows God. Whoever does not love does not know God, because God is love.


Stream these top 5 songs below for a better holiday enjoyment.

The song was a commercial success, spending 14 weeks on the Billboard Hot 100. It was third best performing song in the 1990s on Billboard, as well as ranking on Billboard Greatest of All-Time chart. It won the Grammy Award for Best R&B Performance by a Duo or Group with Vocals and was nominated for Record of the Year.

"Thinking Out Loud" is a song by English singer-songwriter Ed Sheeran, recorded for his second studio album, × (2014). It was written by Sheeran and Amy Wadge, and produced by frequent collaborator Jake Gosling. It was released in the US on 24 September 2014 as the album's third single.
Gansta Marcus star rapper Young Cardo releases song that speaks to the ladies. This one is a hot clean edited song for all radio stations, clubs, and A&R's titled "Go Without You."
"Just the Way You Are" is the debut solo single by American singer-songwriter Bruno Mars. It is the lead single from his debut studio album, Doo-Wops & Hooligans (2010). The song was written by Mars, Philip Lawrence, Ari Levine, Khalil Walton and Needlz and produced by the former three, under their alias, The Smeezingtons along with Needlz. It was released in the United States to Contemporary hit radio on August 10, 2010.
Plenty of people know the song by Whitney Houston, who recorded a version for the movie “The Bodyguard.” Her single spent a then-recordbreaking 14 weeks at number one on the Billboard Hot 100 chart and is one of the best-selling singles of all time. It also holds the record for being the best-selling single by a woman in music history.